First of all I had to get up at 3:30am! It was -12°C at Daramsala because we were 4600m above sea level. We had to get up early because wicked winds whip and race around valleys bringing unexpected storms. To be able to do this you have to have a strong positive mental mindset believing that you can do this. We set off at 5 o’clock with our head torches at the ready. I couldn’t feel my toes it was so cold. We had porridge for breakfast to keep us going for the day.
It felt that the cold was taunting me, ruffling into my clothes and through my hair. Eventually after what seemed like an eternity, the cold dissipated. The sun’s rays blazed and sliced through the crisp cold air, heating everything. The cold had chilled me to the bone, but the sun warmed me up.
We had a quick break and sat there enjoying th sun for the first time in 2.5 hours. Since waking up.
We forged on towards our goal – the Pass – and I skidded to halt when I saw a steep slope go down to a lake half frozen and half rippling. I tried to throw some rocks down there but failed. Just as we were passing the danger zone, I heard this tumbling sound. I whipped around to see mum surrounded in a cloud of dust. I let a sigh of relief when I realised that she was safe. After many more energy draining hours I could see the pass…. or so I thought.
I raced towards it, ignoring Holly panting “slow down!” I got to the top only to find that it wasn’t the pass. Another hour passed and finally Chhewang said at the top of this hill is the pass. I bounded up it with Holly at my side, earnest gleaming in her eyes.
When I got there, it felt like a weight of the sky had been lifted from my shoulders. I felt like I had accomplished the biggest thing in the world, because I was at 5106m!

Ps. Due tech troubles, photos will have to wait!

If I was a little boy in machu picchu i would sleep on animal skin and for light we would make a fire. For food i would eat animals like llamas, rabbits and guinea pigs. I could play in the tunnels. 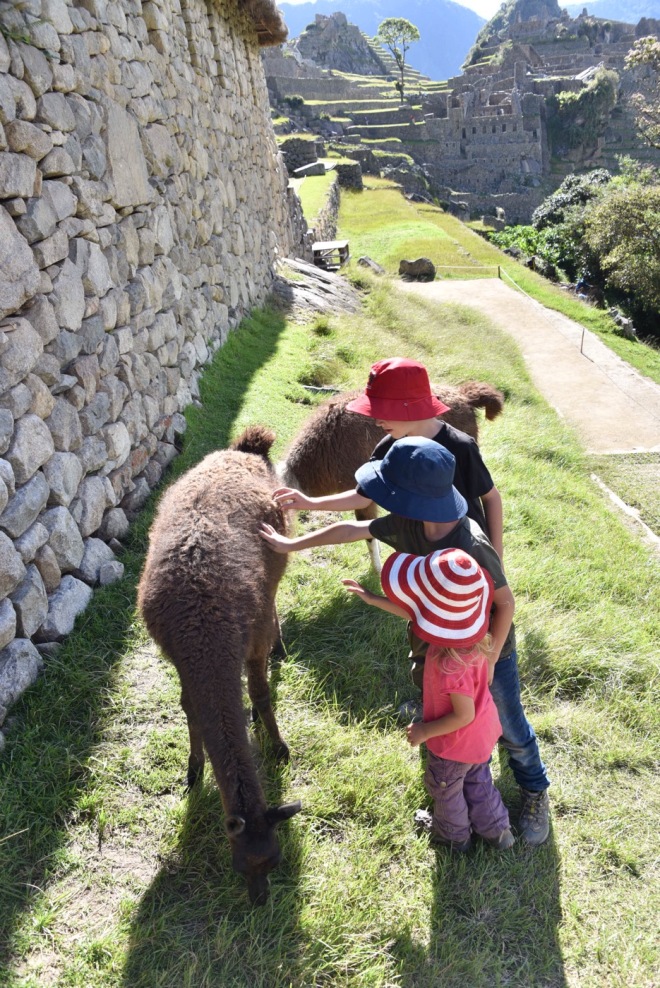 I could hike up the wayanapicchu mountan to look out for enemies.

If I went to another town I would have to walk along a hand made path across a cliff. The path has a huge drop off, way, way down. On the path is the inca bridge. the inca bridge is made for any other enemies coming to defeat us. We would lift up the bridge and the enemies couldnt get across it because there was a big rock down below and if they went down they would get stuck there forever. 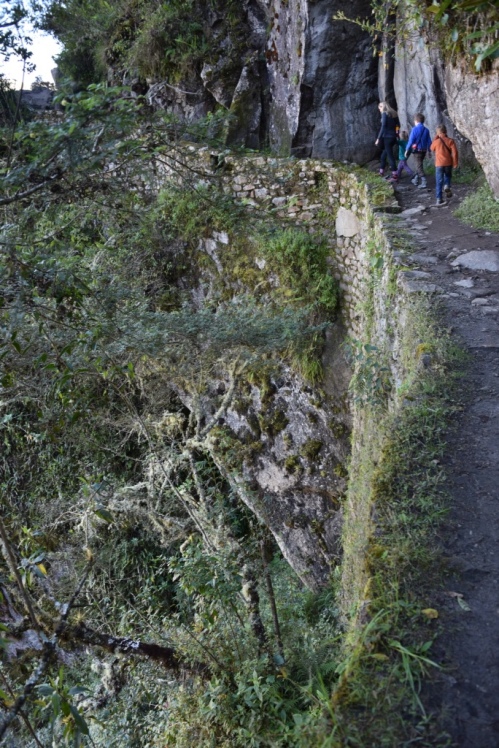 I could walk up to the observatory. The rock was carved to face the sun. there was some terracing that we grew our crops on. in one of the walls there was a rock carved that had 32 sides to fit like a jigsaw.

in the walls of my house there were sticky out rocks that we can tie our roof on with. for the roofs we use leaves and grass. For windows and for doors we use animal skins on cold nights. The toilets are just holes in the ground that you poo and wee in. 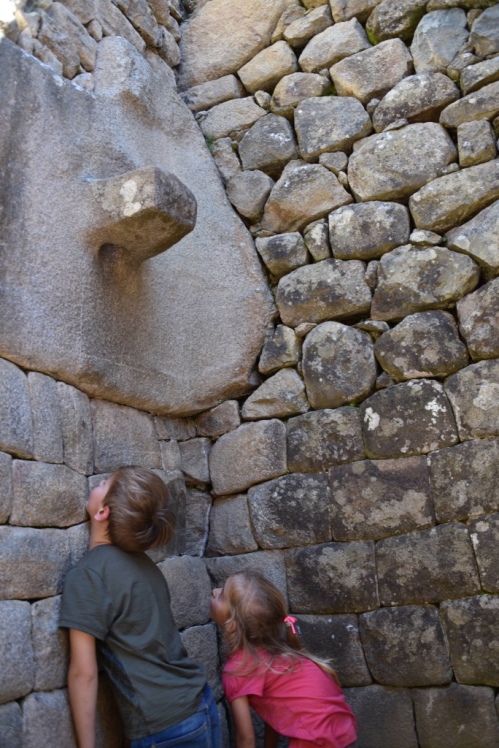 For fun in one of the ruins, there is a cave that I can have fun in.

On the sides of their paths there were lots of mini aqueducts. One of them came out and made lots of waterfalls.

in the walls next to the path there is a sticking out piece of rock that we put fire on to light up the path so we could see where we are going.

I would eat some types of plants and there were holes in the rocks that we use to put the plants and animals in to grind them up with rocks.

Today we went to two thermal baths.
😀.  At the first bath there were these bugs that lived on the algae. When they bite you they itch you. At the first one before we went into the thermal bath there was a lake covered in ice. We broke into the ice and we threw the ice on the lake. Overnight when we were camping it was like about -10degreesC. In the tent my drink bottle froze.
We then packed up and drove to the next thermal bath. It was awesome. The feel of the water was really nice. It was really nice and warm. It was heated by the super hot water under the ground. It then bubbled out to the thermal bath.

It was Holly’s fourth birthday when we went to the thermal baths. We got her a my little pony and her name was princess Cadence.﻿ 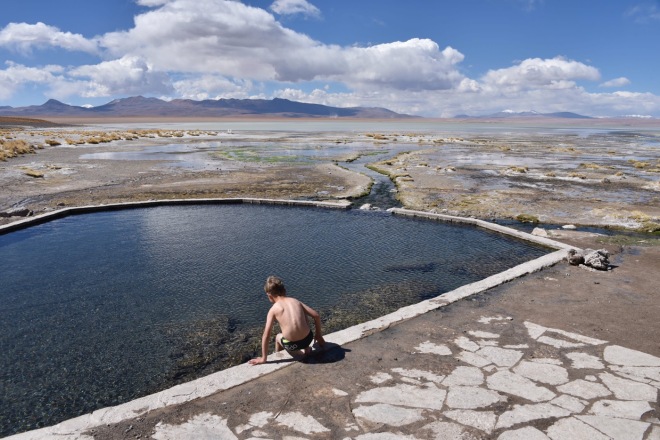 We went to see an observatory.(it was awesome). It is a big telescope that looks at stars. At the end of the tour we bought some stickers.

We also went to a mini observatory at night. We looked at Jupiter, and lots of stars. I could see the Milky Way and the Southern Cross. We also saw two shooting stars or meteors. 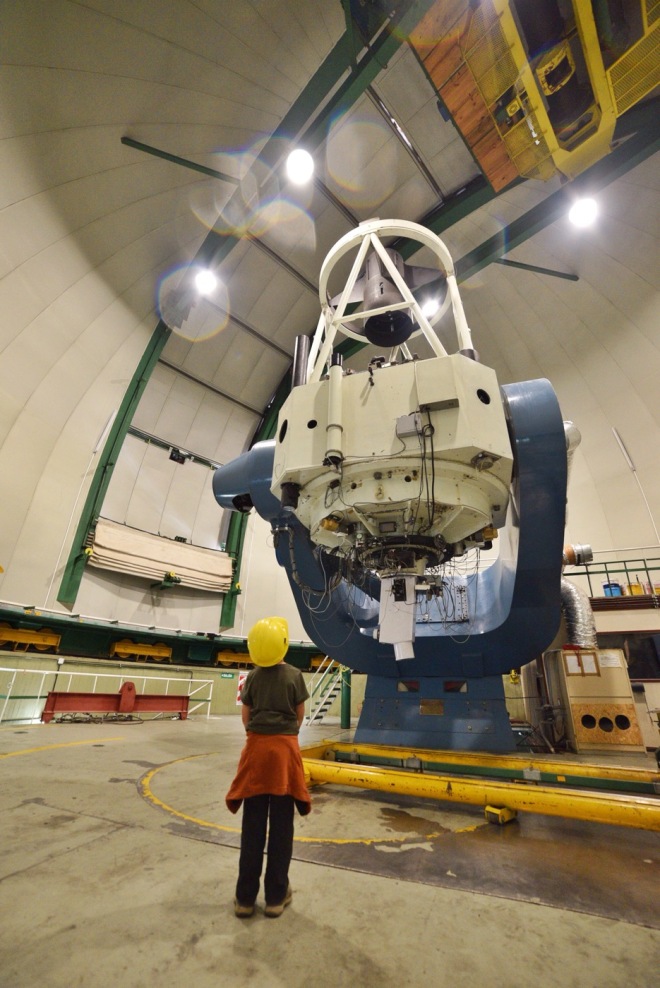 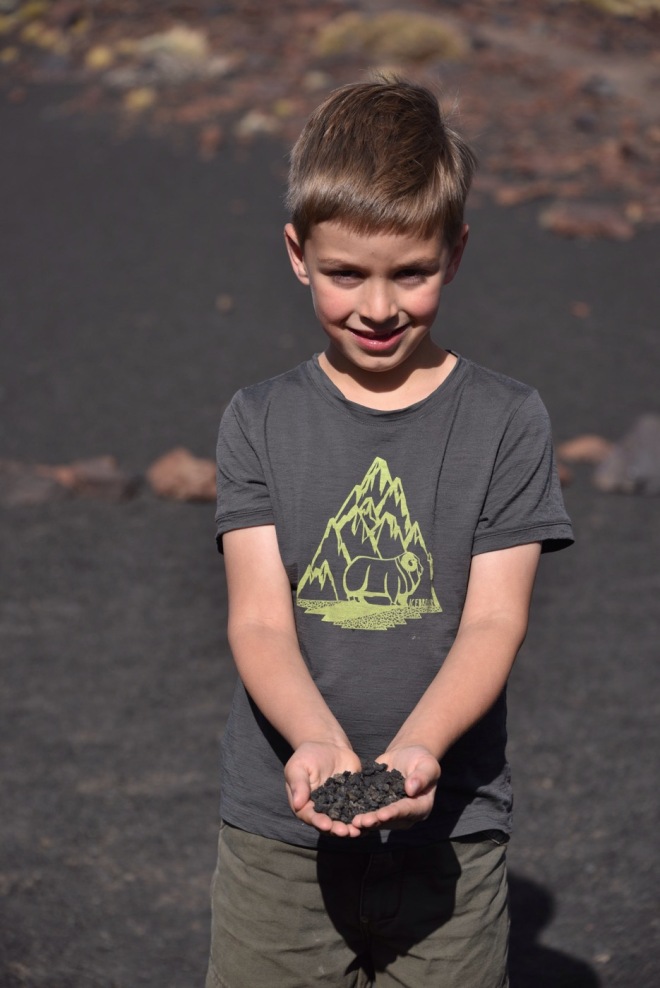 In April, 2008, the earth quakes stated to wobble the volcano Chaiten. On May 2nd, 2008 volcano Chaiten did a huge eruption. It covered the whole town of Chaiten in ash. Everyone was evacuated before the ash hit the town. No one died.

The glacier Perito Mereno was awesome we used our own super powers to make a chunk of ice fall and It worked (it was loud!) 5km wide 60m high that’s how high Perito Mereno is.

It was so cold today.

Our big walk was huge!😰. We camped in the snow the snow was fun we threw snow balls at daddy😈!we were planing to go from the campsite las toras all the way back to the car and when we were driving out of the car park we got car we got an ice-cream!

when the wind blowed over the lake it looked like there was a mini willy willy.

when I got to the car I felt tired and happy.

It was hard work!😰

We went and saw king penguins! We saw penguins swimming in the water. They smelt awful! They were about middle size- all most as tall as me! They were black and white.( they must go for magpies!)(penguins also have orange on their beaks and their neck!)

It wasn’t very windy where we went. 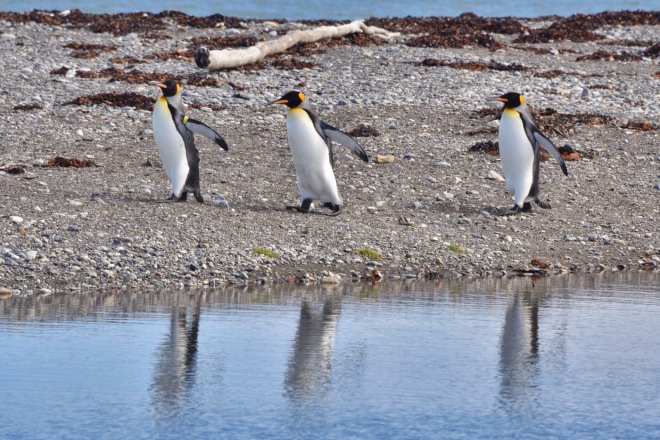 When we were driving we saw two armadillos in one day! Thay were about the size of a soccer ball. They can run very fast such little things!

We also saw millions of penguins. we had to stay close to mummy and daddy because of Pumas. Pumas will eat children. 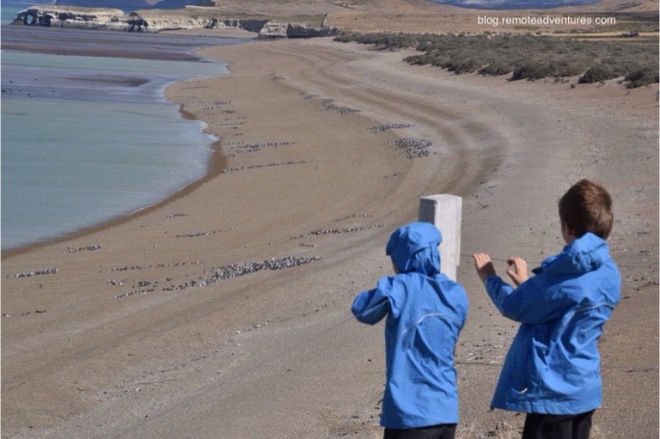 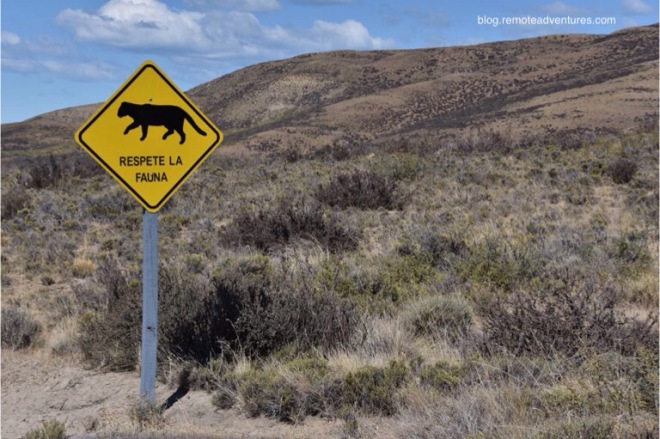